PCOS And How It Should Be Treated During Pregnancy

Millions of women of reproductive age are diagnosed with polycystic ovarian syndrome (PCOS) each year. The condition occurs when the female body produces too many androgens or male hormones.

PCOS affects the woman's reproductive system, making it difficult for them to conceive. Some women with PCOS may go years without having a menstrual cycle. Additionally, they may not ovulate. PCOS can also increase the likelihood of miscarriage.

It is important that women with PCOS receive the right treatment throughout their pregnancies to maintain normal hormone levels and give them the best chance of having healthy deliveries.

Here is a bit of information about PCOS and how it should be treated during pregnancy.

How Would a Pregnant Woman Know That She Has PCOS?

Many women are diagnosed with PCOS prior to becoming pregnant. They may find the symptoms of the disease unsettling and discuss them with their physician.

Nonetheless, diagnosing the condition can be challenging because it can present itself in different ways. The symptoms associated with the disease include:

Without the presence of obvious symptoms, PCOS can also be difficult to diagnose because there is no one test to identify it. Moreover, the diagnosis may require a pelvic exam. PCOS affects the development of the eggs in the ovaries. A pelvic exam may reveal the presence of ovarian cysts.

To diagnose PCOS, doctors may also perform blood tests to determine the levels of reproductive hormones, including estrogen and progesterone. Also, they may test the amount of testosterone in the patient's system, since women with PCOS often have higher-than-normal androgen levels.

Moreover, physicians may measure insulin levels since many women who suffer from PCOS are insulin-resistant.

A diagnosis before a PCOS patient becomes pregnant is particularly important because a woman with PCOS may need special treatment during her pregnancy.

How Do Obstetricians Treat PCOS During Pregnancy?

The most common treatment for PCOS during pregnancy is metformin, a drug that is often prescribed to diabetics to help control blood sugar levels and regulated hormones. Additionally, the doctor may suggest dietary changes and regular physical activity.

Without treatment during the pregnancy, especially throughout the first trimester, a woman with polycystic ovarian syndrome may be more likely to miscarry.

If you are pregnant with PCOS, talk to an OB doctor in your local area about the treatment options that may work best for you. 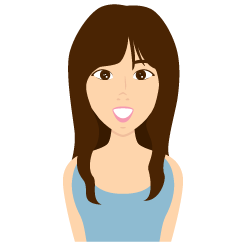